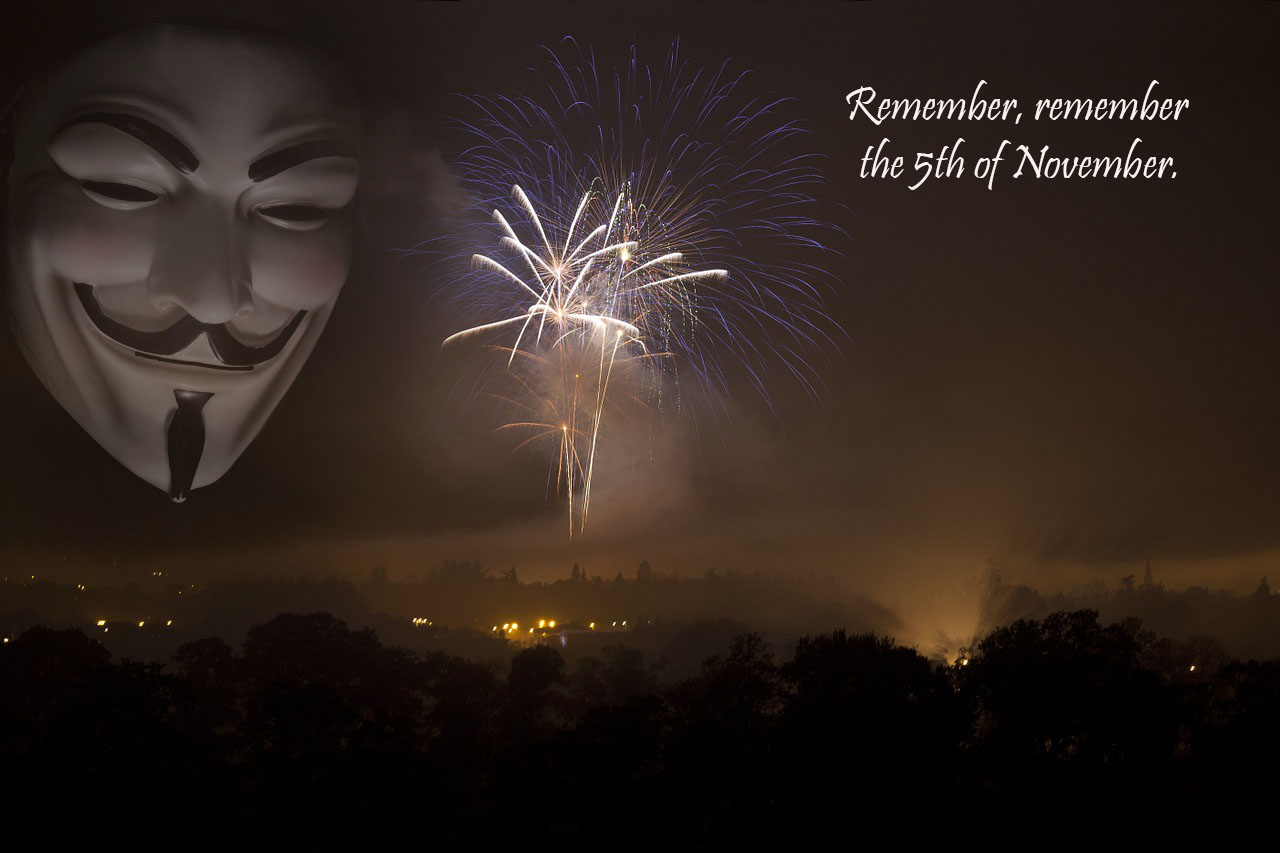 This popular British rhyme is often spoken on Bonfire Night, in memory of the Gunpowder Plot:

Remember, remember the 5th of November
Gunpowder, treason and plot.
I see no reason that gunpowder treason
Should ever be forgot.

The smell of gunpowder smoke and the snap and crackle of bonfires will fill the capital in the run up to Bonfire Night. Thousands of revellers will line London's parks to "ooh" and "aah" as the city explodes into colour, in remberance of Guy Fawkes (Guido Fawkes) and his foiled plot to blow up Parliament and the King in 1605.

Guy Fawkes was born in Yorkshire in 1570. A convert to the Catholic faith, Fawkes had been a soldier who had spent several years fighting in Italy.  It was during this period that he adopted the name Guido (Italian for Guy) perhaps to impress the ladies!

'Guy Fawkes Day' also known as 'Bonfire Night' or 'Fireworks Night' by some, marks the date, November 5, 1605, when Guy Fawkes and his fellow conspirators attempted to kill King James I and the Members of Parliament and to blow up the Houses of Parliament. 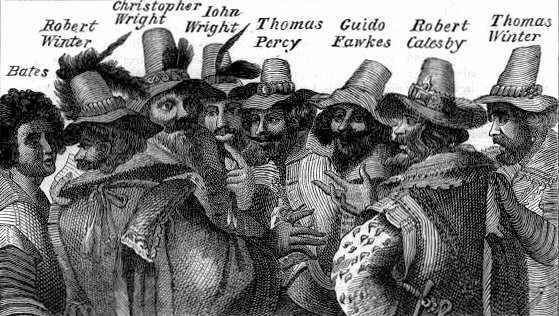 This conspiracy arose as a reaction to the persecution of Catholics under the rule of King James, a Protestant. Infuriated by the failure of King James, the son of the passionately Catholic Mary Queen of Scots, to grant more toleration to Catholics. Four other Catholics joined with Fawkes in his plans including Robert Catesby. Catesby made a fatal error and invited other Catholics to join the plot until there were 60 plotters in all, you try keeping a secret when 60 people know about it.

Thomas Percy rented a cellar beneath the Palace of Westminster and 36 barrels of gunpowder were placed in the cellars of the Houses of Parliament. But Francis Tresham betrayed the conspiracy in a letter to his brother-in-law Lord Monteagle, warning him not to attend parliament. Monteagle told the government and Fawkes was caught red handed in the cellars under Parliament, with a box of matches in his pocket and a guilty expression on his face! His fellow conspirators fled but many were killed or arrested and 9 members of the 60+ plotters, including Fawkes, were hung, drawn and quartered in January 1606.

Comedians down the ages have said that he was "The only man ever to have entered Parliament with honest intentions."

In London, bonfires were lit to celebrate the discovery of the plot soon after Fawkes was discovered and In 1606 Parliament agreed to make 5th November a day of public thanksgiving and ever since then the day has been celebrated with fireworks and bonfires. However, it is not a public holiday.

November 5 and any other day appointed for church bells to be rung is also called Ringing Day. On this day bells are rung by order of Parliament to mark the deliverance of the King and his government at the exposure of the Gunpowder Plot. It is customary to give the ringers money and drinks.

Children used to make stuffed figures with masks as effigies of Guy Fawkes. They would call these figures guys and display them in the streets, using the traditional formula of "A penny for the guy" when asking passersby for money (which was spent on fireworks or wood for the bonfire). The guys then became the centre-piece of bonfires on the night of November 5 when fireworks light up the sky over most of Britain. But this practice has died out in recent years. The fear of strangers, the fact that children are not allowed to buy fireworks and the negative association with begging, have all but put and end to it.

Many people still hold bonfire parties and BBQs (even though it is usually really cold) and invite their friends to gather around the fire with them. However, because of the rising number of accidents that occur every year many communities hold professionally organised public displays. Some of the venues for these public bonfires are in parks, fields, and on hills.

Some of the traditional food eaten at this time of year includes:-

New laws were introduced to control the use of fireworks in 2004 with an £80 on-the-spot fine for anyone caught breaking them. They include:-

One of the largest organised events in the UK is the Bridgwater Carnival in Bridgwater, Somerset dating back to the 1605 gunpowder plot. The procession is held each year on the Thursday nearest to November 5. It is an illuminated procession that takes about two hours to pass with over 130 entries made by various local carnival clubs. After the carnival, an annual squibbing display is held along the Bridgwater High Street when over 100 squibs (small fireworks) are set off simultaneously.

Another famous event is held in Lewes, but even though it's the town's most famous event people from outside the area are actively discouraged from attending because it is so dangerous. To mark the demise of 17 protestant martyrs, who were burnt at the stake in front of the Star Inn, now the Town Hall; 17 burning crosses are carried through the town, and a wreath-laying ceremony occurs at the War Memorial in the centre of town. Ladies' and men's races which involve pulling flaming tar barrels "the barrel run", take place along Cliffe High Street at the start of the evening. A flaming tar barrel is also thrown into the river Ouse; which is said to symbolise the throwing of the magistrates into the river after they read the Riot Act to the bonfire boys in 1847. The festivities culminate in five separate bonfire displays, where the effigies are destroyed by firework and flame. Up to 80,000 people have been known to attend this local spectacle, coming from all over the South and sometimes further afield.

If you want a little taste of what a fireworks party is like, visit the virtual fireworks page.

See if you can find the words related to bonfire night and Guy Fawkes.