Tea Culture in the UK 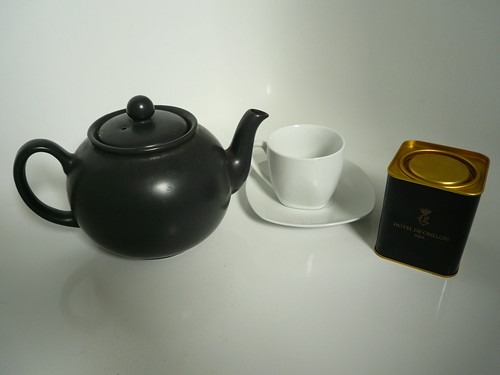 Whilst many countries love their tea, UK citizens, and the English in particular, are particularly proud of being ‘tea people’. This reputation is not just a typical stereotype either – the average UK citizen consumes nearly 2 kilograms of (dry) tea each year. When you take into consideration that quite a few grown-ups (and most children) drink little or no tea, the amount of tea a British tea drinker actually consumes is even higher.

The stereotype of the British tea drinker is generally considered a positive one, and even those who don’t partake will happily use phrases like ‘as English as a cup of tea’, and describe something they like or are well suited to as ‘just my cup of tea’, and things they don't like as 'not my cup of tea'.

It is interesting that the country with the world’s highest per-capita use of tea doesn’t actually grow tea of its own.

The History of Tea in the UK

Tea only made its way to England in large quantities in the first years of the 17th century. Dutch and Portuguese traders were shipping tea from China and a few other Asian countries to Europe regularly by 1610.

Tea was being sold more widely in England by 1657, in London’s existing coffee houses, but it was called Tcha, China Drink, Tay or Tee, and was generally sold as a remedy to cure all ills; from fatigue and lack of virility to overall poor health and diseases of all kinds, and it was expensive. Tea was sold in the mid-1600s for as much as £10 per pound (£22 per kilogram), which is around £2,000 in today’s money. Needless to say, the average Brit didn’t have a £4,000 a year habit at the time. Commoners and servants would be lucky to earn £50 per year back then, so tea was exclusively for the very well off and they would lock it away in tea caddies.

Nonetheless, it was available on almost every street in London by 1659. When Queen Catherine of Braganza, wife of King Charles II, introduced the custom of taking tea to the royal court in 1662 it became more than just addictive, it became fashionable. By the mid-18th century, Canton was exporting nearly 7 million tons of tea to Europe each year; nearly half of it on British owned ships.

Of course, the Crown didn’t take long to see the growing popularity of this new luxury good as a source of income. By the 18th century tea imports were being taxed at as much as 119%. The heavy taxation of course lead to smuggling on a massive scale, but also the sale of lower quality, sometimes dangerously adulterated tea. Used tea leaves were often dried and mixed in with new leaves, and plants like liquorice, sloe and willow were used to ‘bulk up’ the much more expensive tea leaves. This smuggling was largely eliminated after 1784, when the tax on tea was brought down to 12.5%, but adulteration remained a large problem until it was made illegal in 1875.

The word ‘tea’ can also mean a meal. The concept of ‘afternoon tea’ is said to have originated with Anna Russell, the 7th Duchess of Bedford in the early 19th century. At the time the wealthy and merchant classes might not have their evening meal until 8 p.m. Of course, few people care to go 7 or 8 hours without eating, so the idea of a formal meal in the mid to late afternoon was a popular one. The working classes soon took to calling the main meal they had in the late afternoon ‘tea’ as well.

There are many varieties of tea, from English Breakfast tea, to Earl Grey and the tarry Lapsang Souchong, they all come from the plant Camellia Sinensis, and are simply processed in different ways.

Black tea mixtures are still the most common type drunk in the UK, and it can be a shock for visitors. Black tea, be it from Twinings, Liptons, Tetley or PG Tips, makes a darker brew, because the leaves have been allowed to oxidise before drying. This is why it is why we usually serve it with milk, although it is not uncommon to drink it black or with lemon.

You may still find tea made with loose leaf tea leaves, served up in a pot, and poured into the best china cups with saucers for visitors, but behind closed doors it is likely to be served in a mug, and made with a tea bag.

Green tea, made by not allowing the leaves to oxidise as much, thereby producing a more delicate flavour, is also very popular, as it's gained a reputation for being healthy.

Less popular white tea is also available, made from very young leaves and dried with no processing at all.

Tea still a large part of daily life in the UK today, but it seems to be on the decline. The amount of tea purchased in the UK fell by more than 10% in the five years leading up to 2002, and has been dropping ever since. Tea sales fell by 6% in 2014 alone, and most restaurants report selling more than twice as many cups of coffee as they do tea.

More than £1 billion was spent on coffee in high street stores in 2013, more than twice what was spent on tea bags.

Still, what goes around, comes around, it's bound to become fashionable again, and I don’t see tea going away any time soon. Fancy a cuppa?

A Nice Cup of Tea by George Orwell

Come and talk with us about how you take your tea. One lump or two? Or maybe a cup of tea isn't your cup of tea.