Introductions and Greetings in English 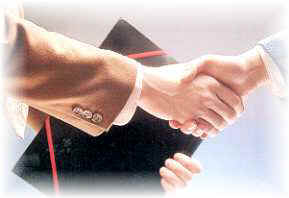 First impressions are a really important aspect of British culture. Introducing yourself and others in the correct way is fraught with various do's and dont's of etiquette.

In social situations, a man is traditionally introduced to a woman. However, in the business world introductions are based on a person's rank or position in an organisation. Whoever is the highest-ranking person is introduced to everyone else in order of their position. If you introduce two people of equal rank to each other, introduce the one you know less well to the one you know best.

There might be occasions where you will have to introduce yourself. For example, if you are meeting a new colleague or an associate, you might start off by extending your hand and saying "Hello! I am .....". If you have been introduced earlier to someone, do not assume that the person would remember you and be prepared to reintroduce yourself should it be necessary. There are some useful tips below.

The British do shake hands, i.e. when first introduced to new people, but we rarely shake hands when parting.

In an informal situation you may see social kissing (often just a peck on the cheek), this is acceptable between men and women and also between women who know each other very well, but it is rare that you will see two British men kissing, even if it is only on the cheek.

Introductions are much simpler if you can memorise a few simple rules.

When shaking hands people may give you their name without saying "Hello" or anything else. It can come across as a bit unfriendly, but it's not considered to be rude

If you wish to be on first-name terms with someone you can indicate this by stressing your first name:-

Reacting to an introduction

The response you give should have the same level of formality as the introduction.

There are some useful English greetings phrases in the basic English section.

You can discuss greetings in your culture on the forum .