Days and Dates in English 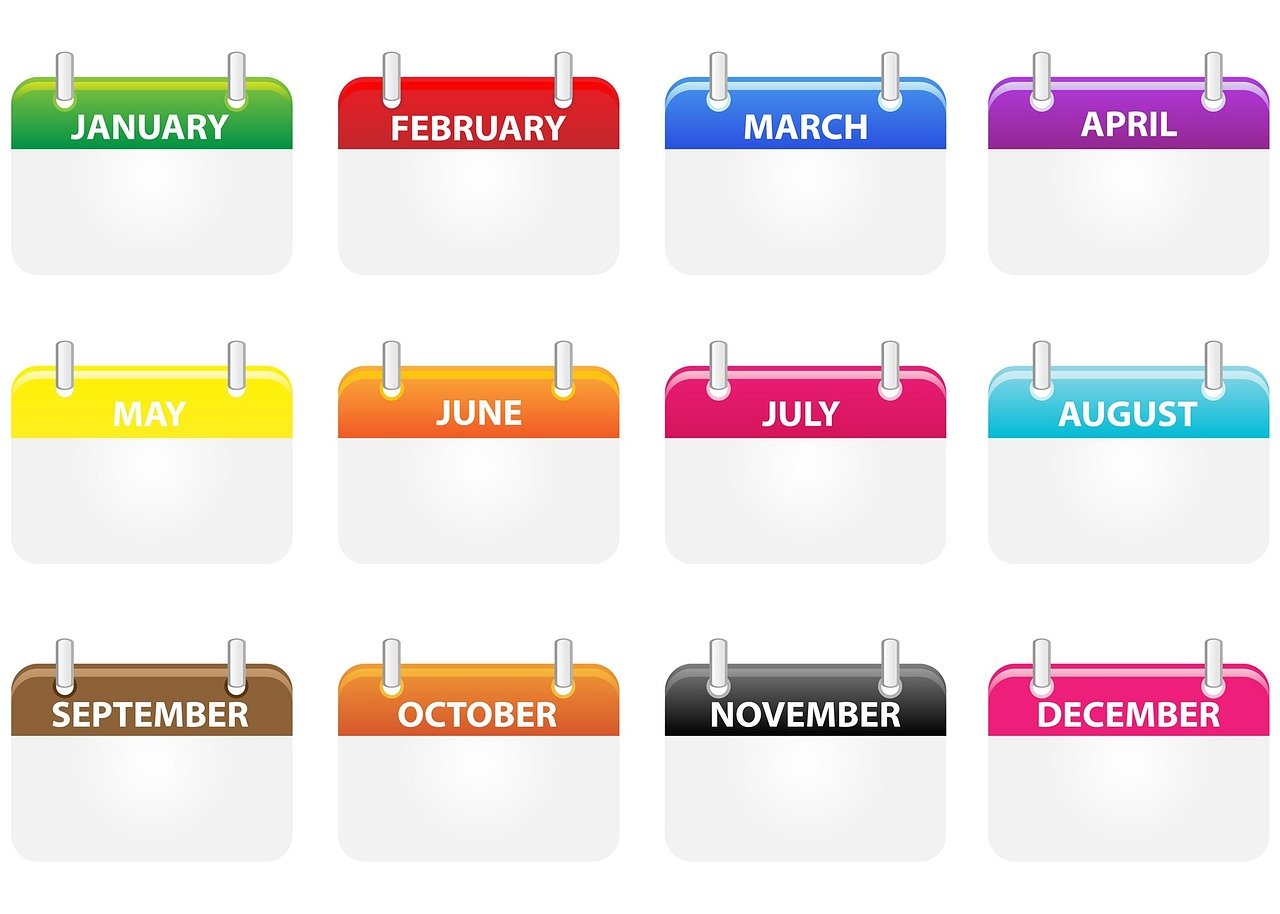 The days of the week:-

The months of the year:-

For single days and dates we use on.

I was born on the 7th of the month.

For months we use in.

I was born in September.

! My birthday is on September the 7th.

How to ask the day or date

AD stands for Anno Domini (Latin for "In the year of (Our) Lord"), abbreviated as AD. It defines an epoch based on the traditionally-reckoned year of the conception or birth of Jesus of Nazareth. it is used in the English language to denote years after the start of this time.

BC stands for Before Christ (from the Ancient Greek "Christos" or "Anointed One", referring to Jesus), abbreviated as BC, it is used in the English language to denote years before the start of this time.

Some non-Christians also use the abbreviations AD and BC without intending to acknowledge the Christian connotation, but some people prefer the alternatives 'CE' (Common Era) and 'BCE' (Before Common Era), arguing that they are more neutral terms. .

A millennium (pl. millennia) is a period of one thousand years.

A century is a period of one hundred consecutive years. Centuries are numbered ordinally (e.g. "the nineteenth century").

The decades from 1920 to 1999, are called "the Twenties", "the Sixties", etc. But the current decade has no universally accepted name. Some refer to the decade as the "twenty hundreds" while others may refer to it as the "two thousands". In written form, this could appear as "the '00s" or "the 2000s". But writing "the 2000s" or simply saying "the two-thousands" can cause confusion, since this could refer to the entire 21st century or even the entire millennium. Some people tried to popularize "the Noughties" as the decade's name. This is a play on words, nought means "zero" and noughties sounds both like nineties and naughty.

You'll find some more interesting facts about days and dates in the Interesting Facts Blog.